Ray Liotta Net Worth: What Is the Reason of ‘Goodfellas’ Star Death? 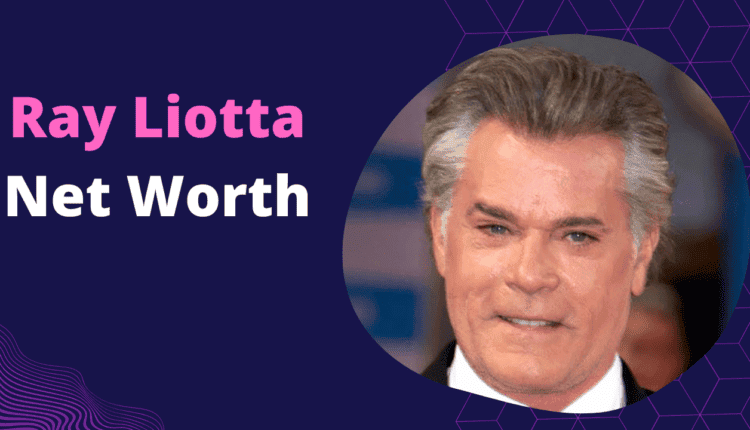 Ray Liotta Net Worth: Famous actors Ray Liotta, who played gangster Henry Hill in “Goodfellas” and baseball player Shoeless Joe Jackson in the “Field of Dreams” films, died at the age of 67 while filming a new project.

He was barely 67 years old when he died. People from all around the world, including a slew of A-list celebrities, have expressed their deepest sympathy for him and his family on social media platforms since then.

Raymond Allen Liotta was born in Newark, New Jersey on December 18, 1954. As a child, Liotta and his sister were adopted by American Italian parents. 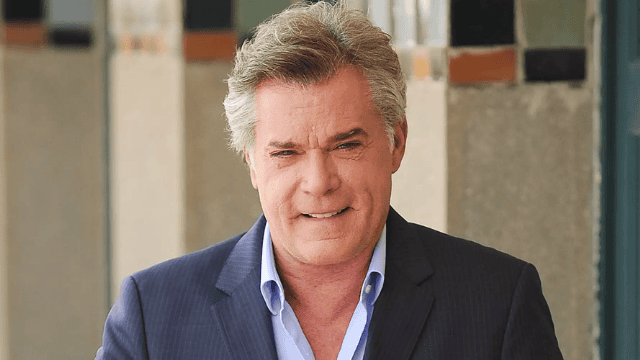 He eventually tracked down his biological mother and discovered that he is primarily of Scottish descent. Liotta and his sister were raised in a Catholic family, though they rarely went to church.

Liotta attended the University of Miami after graduating from Union High School in 1973. While pursuing a degree in visual arts, he studied acting and performed in musical performances at the institution.

Ray Liotta travelled to New York City after graduating from college to seek a career in acting. He started establishing connections and booked an agent while working as a bartender for a New York theater.

From 1978 through 1981, Liotta was a regular in the soap opera Another World, where he played Joey Perrini. When Ray Liotta decided to come to Los Angeles and focus more on film roles, he made a significant decision.

In films like The Lonely Lady and Something Wild, he made some of his first appearances. He was nominated for a Golden Globe for the latter role.

In 1989, Liotta played the ghost of Shoeless Joe Jackson in Field of Dreams, which was a huge role for him. The most pivotal moment in Liotta’s career occurred in 1990, when director Martin Scorcese placed him in the iconic mafia film Goodfellas.

In the United States alone, the picture grossed nearly $46 million. It is widely regarded as the best picture of the year and one of the greatest gangster films of all time by many critics.

Ray Liotta went on to star in a number of notable films in the 1990s, including Unlawful Entry, No Escape, Unforgettable, Cop Land, and Phoenix.

Liotta was nominated for a Screen Actors Guild Award for his portrayal of Frank Sinatra in Rat Pack near the end of the decade. Ray Liotta supplied the voice for the protagonist and player character in the video game Grand Theft Auto: Vice City in 2002.

With 17.5 million copies sold, the game was a critical and commercial success. It is still regarded as one of the best video games ever created.

Despite his success, Liotta later complained that he was underpaid for the job, and that he was difficult to deal with, according to the director. Liotta earned an Emmy for his guest appearance on ER in 2004.

Liotta is well-known for her roles in crime films such as Blow and Narc. Inside The Mafia, a Discovery Channel documentary, was also narrated by him.

Liotta appeared in films such as Identity, Smokin’ Aces, Hero Wanted, Crossing Over, and Observe and Report throughout the rest of the 2000s. In 2011, Liotta played alongside Al Pacino in the film The Son of No One.

Ray Liotta went on to star in films like Date Night, Killing Them Softly, and The Iceman throughout the rest of the decade.

In 2015, he also starred in the History Channel miniseries Texas Rising. Ray Liotta has also appeared on stage, most notably in the 2004 Broadway show match.

What Was Ray Liotta’s Net Worth?

Ray Liotta net worth is $14 million. After starring as the lead in Martin Scorsese’s classic mafia film GoodFellas, Liotta became an iconic figure.

Ray Liotta has had considerable success in film and television roles aside from this once-in-a-lifetime performance. Ray Liotta passed away on May 26, 2022, at the age of 67. He died peacefully in his sleep in the Dominican Republic, where he was filming a movie.

What Is the Secret to His Success?

Liotta has a New York-Italian-sounding vernacular, which is odd given that he isn’t Italian. However, he was adopted by Italians after being abandoned at an orphanage as a baby, thus he grew up hearing that accent.

Liotta can play violent gangsters on screen as well as the elder statesmen of the genre, such as Joe Pesci, Al Pacino, James Gandolfini, and Robert De Niro, thanks to his dialect, greased back hair, signature crazy laugh, and physical agility.

Since the early 1990s, this has helped Liotta land a slew of gangster and dishonest cop roles, as he is a natural fit for the part. Furthermore, his gangster-sounding voice has landed him narrating work.

Since he has narrated not one, but two films about the Italian mafia, including National Geographic’s Inside the Mafia in 2005 and ABC’s The Making of the Mob in 2015. 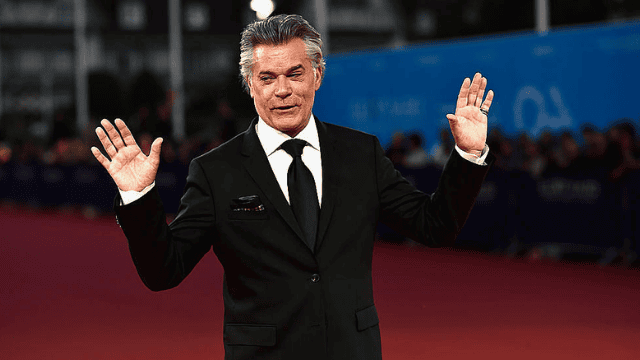 He’s even been offered gangster roles in computer games, and he’ll star in The Many Saints of Newark, a prequel to The Sopranos.

Ray Liotta Cause of Death

On May 26, 2022, while filming Dangerous Waters in the Dominican Republic, he passed away abruptly while sleeping.

While the specific reason of his death has not been determined, it is widely believed that he was suffering from an ailment at the time of his death.

According to a source at the Dominican Republic’s National Forensic Science Institute, his body was sent to the Cristo Redentor mortuary shortly after his death. He asserts that they were not authorized to speak to the media by him or his team.

Ray sold his Pacific Palisades mansion to Britney Spears for $7 million in 2007. Ray owns two homes in the Palisades and one in Malibu, according to tax records.

Ray debuted in a series of commercials for Chantix, a tobacco suppression firm, in 2019.

What is Ray Liotta’s wife’s name?

Ray Liotta has a child.

What is Ray Liotta’s real name?

Michelle Wie Net Worth: The Real Reason Why Michelle Wie West Is Leaving Her Golf Career?