Sean Astin Net Worth: How Much Did Sean Astin Earn From the Lord of the Rings Film? 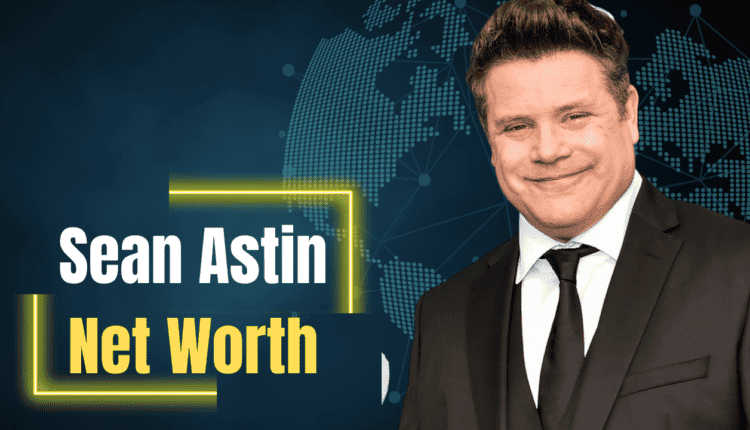 Sean Astin Net Worth: Sean Patrick Astin is an actor, producer, and director from the United States. In The Lord of the Rings trilogy, he played Samwise Gamgee.

More information regarding his financial wealth, career, and personal life can be found here:

Astin was born in Santa Monica, Calif., on February 25, 1971. At the time, his mother, the actress Patty Duke, was dating both Desi Arnaz Jr. and Michael Tell, so she wasn’t sure who Astin’s father was.

Tell offered to marry her while she was pregnant to avoid a scandal, but they were only married for 13 days and broke up before Astin was born. Duke married actor John Astin in 1972, and Astin became Duke’s son. 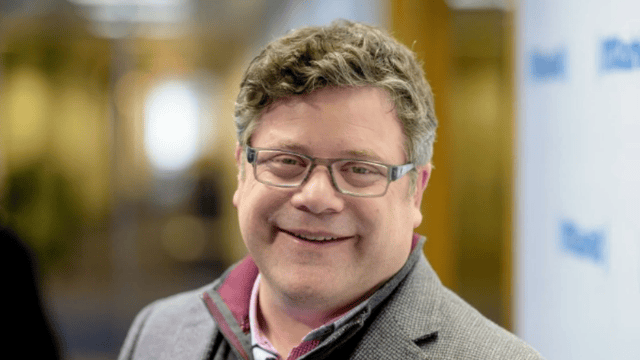 They were married until 1985, and Astin thinks of him as his dad. Then, in 1986, Duke got married to Mike Pearce. Astin didn’t know who his biological father was until he was in his mid-20s.

He had genetic testing done, which showed that Tell was his biological father. He was also close to Arnaz when he was a young adult. Furthermore, he still keeps in touch with Tell, Arnaz, Astin, and Pearce and thinks of them as his four fathers.

Sean Astin started acting when he was a child. He went to Crossroads High School for the Arts and the Stella Adler Conservatory in Los Angeles to improve his skills. Then he went to UCLA for college and studied history and English.

Sean Astin Career as an Actor

Astin’s debut part was in Please Don’t Hit Me, Mom, opposite his mother, Duke, when he was ten years old. His first taste of stardom came in the 1985 picture The Goonies, which was well-received at the time and has since become a cult classic.

Throughout his adolescence and early twenties, Astin continued to act in films such as Like Father, Like Son, The War of Roses, Toy Soldiers, and Rudy, among others.

While Astin’s career had been successful in the 1980s and 1990s, it really took off when he secured a prominent role in The Lord of the Rings films. Astin portrayed Samwise Gamgee, Frodo Baggins’ companion on the epic trip through Middle Earth.

Astin spent much of the early 2000s on set in New Zealand with director Peter Jackson. The trilogy was a major success, with several nominations and accolades, including the Academy Award for Best Picture in 2004.

Astin’s personal performance was also recognized, as he won the Saturn Award for Best Supporting Actor in 2003 for his role in The Lord of the Rings: The Return of the King.

Astin has maintained close ties with his former Lord of the Rings co-stars, even obtaining a commemorative tattoo of the word “nine” with seven of the eight other actors from the Fellowship of the Ring.

His experiences working on the films are documented in his 2004 memoir, There and Back Again. The title of the book is based on a fictional memoir written by Bilbo Baggins in The Lord of the Rings.

While filming in New Zealand, Astin also created the short film The Long and Short of It. The film was finished with the help of Peter Jackson and other cast members, and it premiered at the Sundance Film Festival in 2003.

Following The Lord of the Rings, Astin continued to work in television, cinema, and voice-over work. His voice may be heard in Meerkat Manor, Balto III: Wings of Change, and the 2012-2017 Nickelodeon Teenage Mutant Ninja Turtles animated series.

He has appeared in several TV shows, including Monk, 24, NCIS, Law & Order, The Big Bang Theory, and Brooklyn Nine-Nine. He also appeared in the third season of the popular sci-fi series Stranger Things.

50 First Dates, Click, Woodland, and The Freemason are among his films. In 2014, Astin received a Utah Film Award for Best Actor for his performance in The Freemason.

What Is Sean Astin Net Worth?

Sean Astin net worth is $10 million. Most people know Sean Astin as the actor who played Samwise Gamgee in The Lord of the Rings.

He was praised for his acting in these movies, both for what he did on his own and for how he worked with the other actors. He has also been praised for his roles in The Goonies and Stranger Things, among other things.

Sean Astin’s father, Michael Tell, is an American rock promoter who is also Polish-Jewish, and her mother, Patty Duke, is an actress who is also Australian-Jewish. Mike Pearce, his stepfather, is also a close friend of his.

Sean is one of five siblings. Mackenzie Astin, Tom Astin, Kevin Pearce, David Astin, and Allen Astin are his brothers’ names. They’re all actors or involved in the performing arts in some way. 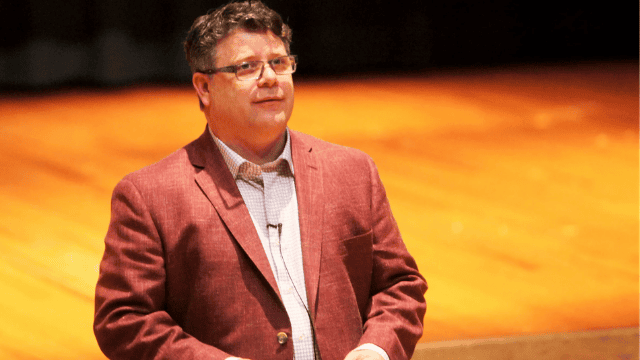 Salary From Lord of the Rings Movie

According to reports, Astin was paid only $250,000 for the first Lord of the Rings film. He received tiny raises for the sequels and receives no royalties from the franchise.

He receives royalties from products and was granted a significant one-time payment for his promotional services for the third film. 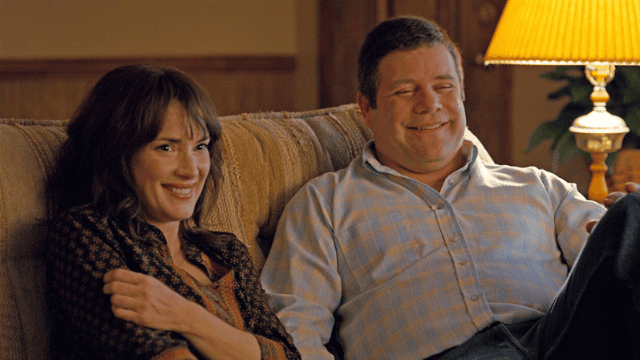 Here are some of Astin’s biggest highlights.

Sean Astin was born in what city?

Sean Astin was born in Santa Monica, California, in the United States.

What is Sean Astin’s height?

What is the profession of Sean Astin?

He has worked as an actor, voice actor, director, and producer.