Chris Rock Net Worth: How Much Money Did Rock Lost When He Split Up With His Wife?

Chris Rock Net Worth: Chris Rock is an actor, comedian, writer, producer, and director from the United States. Rock began his career as a stand-up comedian, but due to his success and popularity, he was able to go into acting and producing.

Chris Rock has become one of the wealthiest comedians in the world as a result of his ability to diversify his profession and reach high levels of success in numerous fields of entertainment.

Chris Rock III was born in Andrews, South Carolina, on February 7, 1965. His mother was a teacher/social worker, while his father was a newspaper delivery man and truck driver.

And he grew up in Brooklyn, New York. Rock was bullied in high school, and his parents eventually forced him to drop out of James Madison High School.

He eventually dropped out of school, but went on to receive his GED. Chris Rock worked at a number of fast food places prior to becoming a comedian.

In 1984, Rock made his stand-up comedy debut at New York City’s Catch a Rising Star. Chris Rock gradually earned popularity as he performed, landing a few roles, including one in the TV series “Miami Vice.”

Eddie Murphy met Rock while he was playing at a nightclub and befriended him, guiding him, and even providing him his first film job in “Beverly Hills Cop II” during these early years (1987).

A Career in Film

In three films in the “Madagascar” animated film franchise, he also performed the voice for Marty the zebra. Rock has taken on the roles of writer and director in addition to acting in front of the camera.

In 2009, he published “Good Hair,” a documentary examining the views and history of American women’s haircuts.

What is Chris Rock’s Net Worth?

Chris Rock has a net worth of $60 million and is an American comedian, actor, writer, producer, and director. His net worth might be substantially higher.

But he lost tens of millions of dollars in a divorce settlement with his wife of 20 years, Malaak Compton (reportedly as much as $40 million). After 20 years of marriage, they divorced in 2016.

Between 2005 and 2009, he also created and produced the semi-autobiographical sitcom “Everybody Hates Chris,” which aired 88 episodes. In a poll conducted by Comedy Central, he was rated the fifth-best stand-up comic.

How Much Money Did Rock Lost When He Split Up With His Wife?

When Chris Rock split up with his wife Malaak Compton-Rock in 2016, he reportedly lost $40 million. Since they had been married for 20 years, the divorce was very expensive.

Compton-Rock and Rock had two children together, and they also took in a third child. Most likely, Rock’s cheating on his wife led to the split. Rock has never tried to hide the fact that he cheated on his ex-wife.

The success of rock’s comedy specials carried over into the new decade. Rock’s two new stand-up specials, for which he was reportedly paid $40 million ($20 million per special), were released on Netflix on October 30, 2016.

Other Projects and Ventures

Rock has worked as a television producer as well as writing and directing films. He was the executive producer and narrator of “Everybody Hates Chris,” a comedy series that premiered on UPN in 2005.

Later, the sitcom moved to The CW, where it aired its final season in 2009. The show was nominated for a 2006 Golden Globe for Best TV Series (Musical or Comedy).

A 2006 People’s Choice Award for Favorite New Television Comedy, and two 2006 Emmy Awards for costuming and cinematography. It was based on Rock’s personal experiences as a teenager.

Rock, who is known for being a “passionate cannabis consumer,” invested in Lowell Herb Co., a California-based cannabis company, in August 2019.

Chris bought a house in Brooklyn, New York, in 1994 while working on Saturday Night Live. He stayed there for two years before relocating with his new wife Malaak to the suburbs. 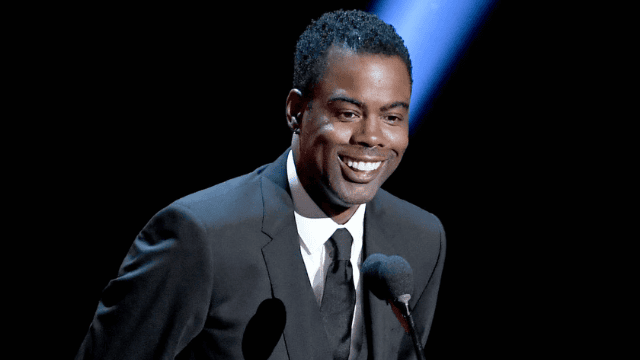 Here are some of Chris Rock’s most memorable moments:

What is the real name of Chris Rock?

What is Chris Rock’s daughters’ names?

Where is Chris Rock originally from?

Gayle King Net Worth: Loans and Liabilities by Gayle King and Her Personal Life!