According to sources, Austin Butler Did Not Punch Ezra Miller in a Tokyo Bar! 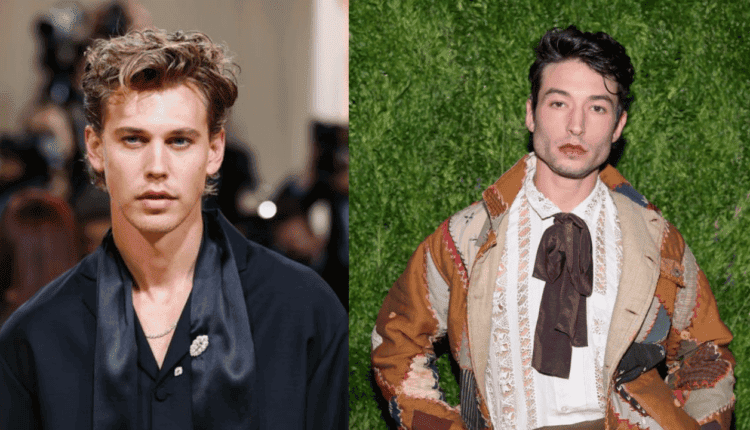 According to a source close to Austin Butler, Ezra Miller and Butler did not fight. The fictitious encounter appears to have started with a tweet from June 28 that claimed Butler had punched Miller during an argument at a Tokyo pub.

According to a source close to Butler, he never visited a bar in the Japanese capital and the Elvis Presley didn’t run into Miller while Miller was promoting the movie there.

Despite this, the story gained some traction online, where it was liked and shared thousands of times by readers accustomed to Miller’s destructive path across the globe.

Two women who were victims of the troubled actor’s alleged physical and emotional abuse were interviewed by Variety on Thursday.

One of the women identified herself as the one who was choked and knocked to the ground by Ezra Miller in a widely shared video from 2020, though she asked to remain anonymous out of respect for her privacy.

She claims that she inquired about scars on their feet from Miller, who uses they/them pronouns. The woman jokingly remarked that she “could take” Miller in a fight after they retorted that they were “battle scars.”

You really want to fight, Miller allegedly responded. They hurried outside the bar to meet the woman after one of the woman’s friends attempted to defuse the situation, which only made Miller angrier.

She said, “I think it’s just gaming and fun, but then it wasn’t. “Suddenly, [they’re] on top of me, choking me, and asking me to fight while shouting in my face.

As [they] continue to try to fight me, my friend who is filming them realizes that [they] are obviously not joking and that it is actually serious, so he stops filming and pushes [them] away.

My two male friends are actually restraining Miller while yelling, “This is what you wanted!” You got what you wanted, right? Others at the Priki Kaffih’s pub in Reykjavik, including then-bartender Carlos Reynir, confirmed Miller’s behavior.

Reynir remarked, There was always something with Ezra.

In Hawaii, Miller has been detained twice this year, the second time for throwing a chair at a woman. It’s all a part of a pattern of “jet-set abuse,” a woman by the name of Nadia told Variety, declining to give her last name.

According to a source close to Butler, he never visited a bar in the capital of Japan, and the “Elvis” star didn’t run into Miller while Miller was there promoting the movie.

She claimed that in January 2020, she met Miller at an art opening in Los Angeles. At first, she didn’t recognize him, but they soon struck up a conversation and started a mostly text-based friendship.

She adds that despite the fact that she claims to have started receiving “pretty adult, X-rated” texts from Miller, they stopped as soon as she asked them to.

She claimed that soon after Miller finished shooting The Flash in February 2022, she extended an invitation for him to go to Berlin for a film festival.

She extended an invitation for them to stay at her home after they appeared in the city seemingly out of nowhere one early morning.

Nadia claimed that Miller initially seemed to be acting appropriately until she noticed them rolling a cigarette and asked them to smoke outside. Nadia remarked, “That just set them off.”

I may have asked them to leave 20 times or more. They started making fun of me. “Transphobic piece of shit,” I am. I am a “Nazi.” For me, it became incredibly stressful.

They wandered through my home, touching and inspecting everything while spreading tobacco leaves on the floor. It was repulsive and extremely intrusive.

Also check: Khloe Kardashian Was Criticized by Her Ex-boyfriend in His Interview Just Days After Her Birthday!

The allegation is consistent with others made against Miller, who appears to be complaining about being called out for his aggressive and risky behavior by using the language of social justice.

Following an altercation at a neighbor’s house in Greenfield, Massachusetts, about 40 miles from Miller’s ranch in Vermont, a woman and her 12-year-old daughter were given a temporary harassment prevention order against Miller, according to a report in The Daily Beast earlier this month.

Sonny Barger Net Worth: Did He Engage in the Armed Forces?