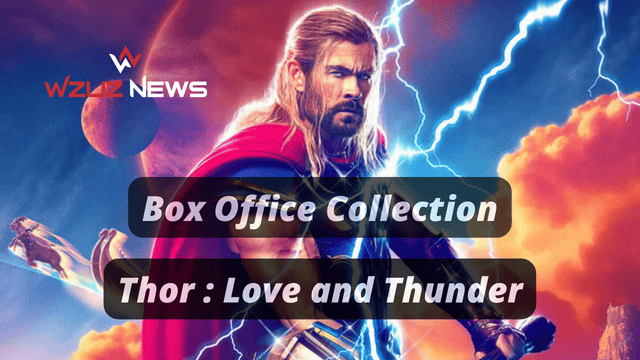 The movie, which has 4,375 theaters in North America, somewhat underperformed predictions of $150 million, but its opening weekend earnings are definitely noteworthy.

It should be noted that “Thor 4” got off to a better start than its previous, the quirky action-comedy “Thor: Ragnarok,” which made $123 million in North America at the box office in 2017. Aside from “Jurassic World Dominion” ($145 million) and “Doctor Strange in the Multiverse of Madness” ($185 million), “Love and Thunder” had the third-largest opening weekend of the year.

“Love and Thunder” continues a solid summer movie season that has brought in $2.27 billion so far, which gives movie theatre owners hope. Those returns are 217 percent higher than the same moment in 2021 and just 12 percent lower than the same point in 2019, which is encouraging for the exhibition business.

“Love and Thunder” defied predictions at the international box office, debuting with $159 million from 47 territories, bringing its total worldwide earnings to an impressive $302 million. Production of the movie cost $250 million, while marketing spent about $100 million.

Men made up 60% of the audience for “Thor: Love and Thunder’s” first weekend, which was predominately male. Imax, 3D, and other premium formats, which accounted for 36% of worldwide ticket sales, were also very helpful for “Thor.” $23 million was made by Imax alone globally, including $13.8 million in North America.

The “Thor” series has only been more well-known over the past ten years, ever since the first film, which was produced by Paramount and debuted in 2011 with $65 million, has been a success.

Despite the fact that Thor has gained popularity among fans, ticket sales for the newest superhero adventure did not match those for “Doctor Strange in the Multiverse of Madness” or “Spider-Man: No Way Home” since it lacks the multiversal element that drove those films’ enormous audiences.

Despite the brief appearance of the Guardians of the Galaxy, “Love and Thunder” is more of a stand-alone adventure in the vast Marvel Cinematic Universe. “Thor 4” has the 12th-largest start in terms of opening weekend earnings among the 29 film franchises.

“Love and Thunder,” directed by “Thor: Ragnarok” director Taika Waititi, follows Hemsworth’s Norse deity as he pairs up with his ex-girlfriend Jane Foster (Natalie Portman), who now carries her own hammer as the Mighty Thor.

Together, they set out on a mission to thwart the plans of the intergalactic bad guy Gorr the God Butcher (a frail-appearing Christian Bale), who is hellbent on ridding the cosmos of all things heavenly.

“Minions: The Rise of Gru” from Universal and Illumination came in second place with $45.5 million between Friday and Sunday, a 57 percent drop from its initial weekend.

The fifth installment of the cartoon “Despicable Me” franchise has already brought in an astonishing $210 million domestically and $399.8 million internationally.

Even though “Top Gun: Maverick” has been in cinemas for almost two months, Paramount’s film maintained its momentum at No. 3 with yet another strong audience. In its seventh weekend of release, the blockbuster action sequel made $15.5 million from 3,513 theatres, a 40% drop from its previous performance.

With those additional ticket purchases, the domestic total of the film rises to $597 million, just shy of joining the select group of 12 films to gross over $600 million in North America.

With $11 million from 3,714 theatres, “Elvis,” the musical biography directed by Baz Luhrmann, came in fourth place, down 40% from the previous weekend. Austin Butler plays the king of rock and roll in the colorful Warner Bros. film, which has amassed a respectable $91.1 million in North American ticket sales thus far.

In its fifth weekend on the big screen, Universal’s dinosaur tentpole “Jurassic World Dominion” earned $8.4 million from 3,251 cinemas, taking fifth place. With those earnings, the sixth installment of the “Jurassic” franchise has surpassed $350 million domestically, a significant milestone in these epidemic times.

The film’s predecessor, “Fallen Kingdom,” from 2018, finished with $417 million at the North American box office.

A24’s upbeat movie “Marcel the Shell With Shoes On” did well in 48 theatres during its third weekend of limited release, pulling in $340,000. The movie, which stars Jenny Slate as an inch-tall seashell, has made $963,416 as it slowly spreads throughout the country.

With 20 times as many cinemas as “Mr. Malcolm’s List,” “Marcel the Shell” closed the weekend in the eighth position, one spot ahead of it. The historical drama from Bleecker Street dropped to No. 9 with $245,126 from 1,067 screens, bringing its two-week total to a pitiful $1.6 million.

Also Read : Andrew Tate Net Worth | How Did He Become Millionaire In Short Time!

Andrew Tate Net Worth | How Did He Become Millionaire In Short Time!

Jessica Simpson Seemed to Be Enjoying ‘the Lake Life’ With Her Family!

When Hope Calls Season 2: Why Jocelyn Hudon Isn’t Returning in the Upcoming…

Hunter X Hunter Season 7: Who Will Be in the Cast of This Series?

Obi Wan Kenobi Release Date: Will There Be a Second…