Best Performers in This Year’s MLB 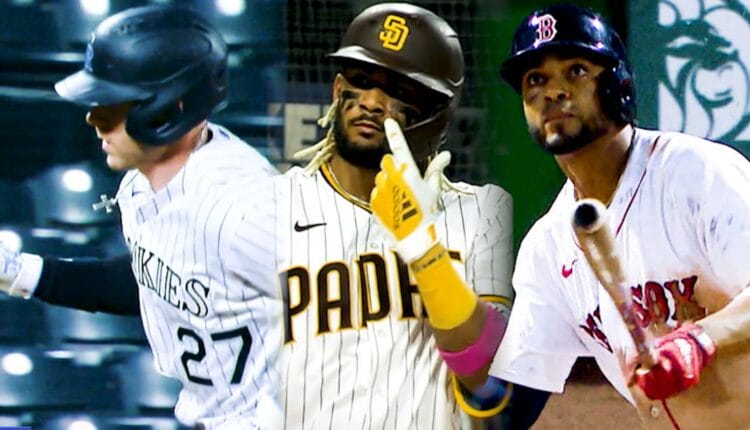 The MLB season started late this season thanks to the owner’s lockout, but play eventually got under way on April 7th with World Series Champions Atlanta Braves looking to defend their crown after their 4-2 victory over Houston Astros.

With teams a third of the way through the season and the draft over, it’s time to take stock and review the season so far. Which players are the standout performers and which teams MLB odds are getting shorter?

The Los Angeles Angels stand out performer is 28-year-old Shohei Ohtani, the man who, in 2021, became the first player to make a major league All-Star team as both a pitcher and a hitter. His performances so far this season have removed any doubt that he’s the greatest two-way player to have ever played the game of baseball.

He recently joined Nolan Ryan as the only the second Angels pitcher to throw 10+ Ks in 4 consecutive games, and who can forget his striking out 12 while also collecting two base knocks, including a two-run triple against the Astros

With his stellar performances for Los Angeles Angels at both the plate and on the mound, the chances of Ohtani winning a second straight AL MVP are getting shorter by the day. But despite his efforts, It’s hard to the Angels making the playoffs this season.

Currently, the favorite to win his first AL MVP award, Aaron Judge is on track to break Roger Maris’ non-PED-aided single-season home run record. He led the league in home runs, runs scored, and total bases, and is having a stand-out season for the New York Yankee’s. He’s without doubt, the Yankee’s best player, and is their first player since Melky Cabrera in 2009, with three walk-off hits in a season.

The New York Yankees lead the AL East by some distance and with Judge in this form they look like the team that everyone’s going to have to beat. Big wins over the San Diego Padres, Chicago Cubs, and Colorado Rockies.

The Dodgers sit top of the NL West and find themselves on a great run of form that marks them out as ones to watch come the end of the season. Shortstop Trea Turner and outfielder Mookie Betts are just two of the players that are responsible, with both of them named as starters for the 92nd Midsummer Classic.

Turner becomes the first Dodgers shortstop since Bill Russell in 1980, to start an All-Star Game and continues the good form that saw him win the NL batting title in 2021.

The Houston Astros lead the AL West and despite the Seattle Mariners improved form, nobody looks like stopping them from making the playoffs. Desperate to go one further after last year’s World Series defeat to Atlanta Braves, the team is benefitting from the dominant pitching of Yordan Alvarez.

On current form, the 25-year-old has a chance to break Jeff Bagwell’s franchise record for home runs in a single season. Named June’s first AL Player of the Week when with four home runs, eight RBIs, two walks, and only one strikeout, he went on to be named the American League Player of the Month for June, with nine home runs and 28 RBIs. A vital member of this Astro’s team, Alvarez is on a mission to take his team back to the World Series.

Zack Wheeler, Aaron Nola, Seranthony Dominguez, and Rhys Hoskins can count themselves unlucky not to make the All-Stars team, but one man who did is Kyle Schwarber. Since Rob Thomson took over from Joe Girardi as skipper at the beginning of June, Schwarber has hit top form.

Named National League Player of the Month for June, he’s the first Phillie to win the award for any month since Dominic Brown back in May 2013. His stand-out moment came when he slugged a pair of huge home runs against the New York Mets.

When Phillies star Bryce Harper was ruled out with a broken thumb, Schwarber picked up the slack for the Phillies offense and looks like a man on a mission. June saw them move back into playoff contention, but it’s hard to look beyond the Mets and the Braves in the NL East.

With plenty more games to play and the August 2nd trade deadline looming, there are still plenty of twists and turns to be had this season. Injuries can play a major part and clubs will be hoping their star performers can maintain their health and form, as they push for the play-offs and a coveted spot at this year’s World Series.

This young journalist is a student of mass media. He is a media fanatic who has a solid grasp on writing and communication. He is an avid blogger who aspires to one day publish motivational posts. Wzuz employs him as an entertainment writer and reporter.

Tamera Mowry’s Net Worth: How Much Does She Get Paid as Host?

The Coolest Video Games Based On Cartoons

Bonelab Release Date: What Kind of Game Is Bonelab?