Erika Jayne Was Charged With a $50 Million Lawsuit After Returning From a Lavish Hawaii Vacation!

When Erika Jayne got back to Los Angeles late on Friday night after her opulent vacation in Hawaii, she found that papers for a racketeering lawsuit seeking $50 million had been filed against her.

The 51-year-old star of “The Real Housewives of Beverly Hills,” who was seen exiting the Los Angeles International Airport when a lady approached her and handed her two hefty piles of documents, was captured in exclusive photos that were obtained by Page Six.

Page Six’s request for comment from Jayne’s representative was not met with an immediate response. Jayne was approached at the baggage claim area when she was dressed in a laid-back manner for her return flight to Los Angeles. 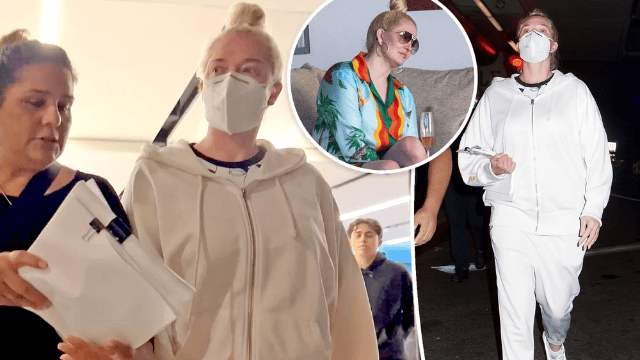 She was wearing white sweatpants and a zip-up hoodie that matched. The singer best known for her hit “Pretty Mess” hid her face with a white face mask and wore her hair in a tight top knot to give the impression that she had recently showered.

Erika Jayne finished off her ensemble with a pair of white shoes and a duffel bag by Gucci. “I wanted to give you these documents just in case you needed them.

In camera footage that was obtained by Page Six, the woman can be heard saying, “This is a summons and complaint to serve you.

In the lawsuit that was filed by Edelson PC, Jayne is accused of nine charges related to the ongoing legal drama involving her estranged ex-husband Tom Girardi.

Among these charges are racketeering, conspiracy to commit racketeering, unlawful business practice, and deceit. The lawsuit was filed in connection with the ongoing legal drama.

According to the allegations presented in the lawsuit, Tom and Erika Jayne habitually stole client settlement money in order to maintain a lifestyle that was designed for reality television and to give the appearance that they were wealthy.

Must check: Adele Enjoys a Yacht Trip While Continuing Her Italian Vacation With Boyfriend Rich Paul!

In addition, the lawsuit asserts that Jayne’s company, EJ Global, was founded for the purpose of funneling money from Girardi Keese to benefit Erika.

These funds were meant to be used to help the victims of the crash of Lion Air Flight 610. Jayne is accused of “flaunting” her affluent lifestyle and “serving as the ‘frontwoman’ of the business, selling to the world (including clients who were unaware of the scam) that Girardi Keese was thriving” in the documents. 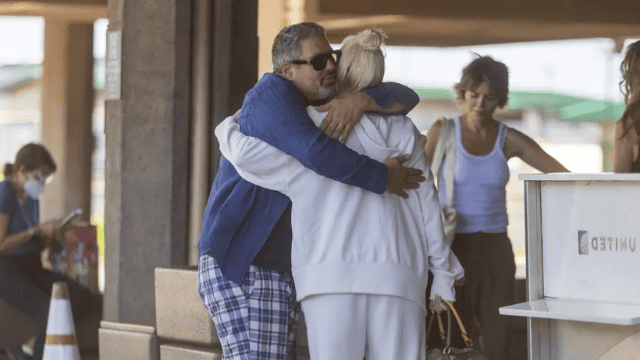 Also check: Jennifer Lopez and Ben Affleck Were Seen Kissing in a Paris Park During Their Honeymoon!

According to a prior story by Page Six, Edelson initially responded to the charges of racketeering in April by filing a separate lawsuit that was nonetheless connected to the matter.

In the earlier case, Jayne was kicked out of the case. On the other hand, Jay Edelson said to Page Six that this litigation is “prosecuting the claims of the clients (the widows and orphans)” in contrast to the lawsuit filed in April, which was “more limited, in terms of who we sued, what we were suing about, and the legal theories we are pursuing.”

Edelson stated to us via email that “as we allege, we believe we can prove to a jury that the Girardi firm was, and has long been, a criminal operation.” The reality TV actress has, on multiple occasions, adamantly asserted that she is innocent, despite allegations to the contrary.

Bre Tiesi and Nick Cannon Reveal the Unique Name of Their Baby Boy!