Vijay Deverakonda Explains to Karan Johar Why He Won’t Expose Who is His Girlfriend! 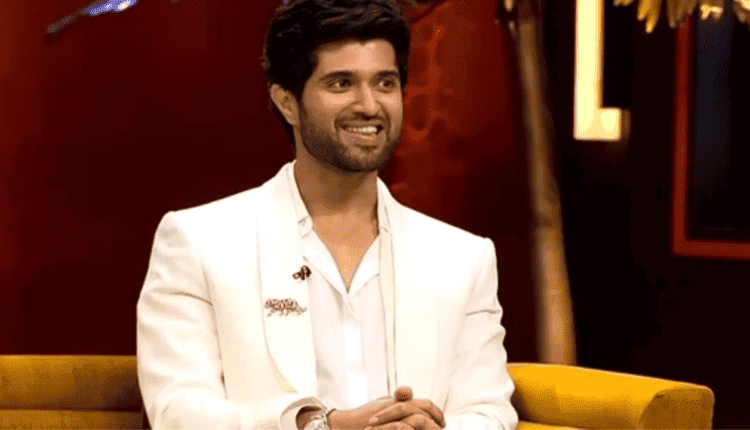 Even though the first episode of Karan Johar’s renowned chat show Koffee With Karan just aired, the show is already drawing criticism for the topics it covers.

In the first episode of the seventh season of Koffee With Karan, Bollywood celebrities Alia Bhatt and Ranveer Singh graced the couch opposite host KJo.

In the subsequent episodes, Janhvi Kapoor and Sara Ali Khan and Akshay Kumar and Samantha Ruth Prabhu spilled beans on their personal and professional lives, respectively.

Ananya Panday and Vijay Deverakonda are the most recent guests to appear on the talk program hosted by Karan Johar.

The audience will find that the frank chats that Karan Johar has with his guests sound completely natural and might even be entertaining at times.

When it comes to matters concerning his personal life, actor Vijay Deverakonda has never spoken publicly about them.

Recently, he discussed the circumstances under which he would refrain from officially disclosing his relationship status.

On Thursday, he will discuss a lot of personal information on the episode of Koffee With Karan 7 hosted by Karan Johar and appearing alongside his co-star Ananya Panday in the film Liger.

Ahead of the performance, he discussed the reasons why he would not declare publicly whether he is in a relationship.

Read more: Neil Patrick Harris Has a Relationship That Will Last a Lifetime His Love for David Burtka!

“The day I will marry and have kids, I will tell it out loud, but until then I would not wish to upset anyone who adores me, she said. There are a great number of people who like you as an actor and have a picture of you either hanging in their homes or displayed on their mobile devices.

After Karan asked Vijay Deverakonda in the show if he is seeing someone, Vijay responded that, “They offer me so much love and appreciation; I don’t want to break their heart.” Before, it was said that he was seeing Rashmika Mandanna in a romantic capacity.

The topic of Vijay maybe dating Rashmika has surfaced quite frequently in the media. Earlier, there were rumors that they might be getting married in the near future.

Vijay and Rashmika have stated on multiple occasions in the past that their relationship is strictly Platonic and that they are nothing more than good friends. 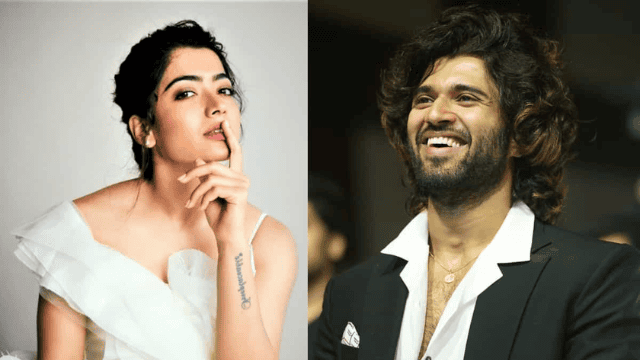 Both of these performers have previously collaborated on screen projects like as Geetha Govindam and Dear Comrade.

When asked before the Koffee With Karan about a person working in the film industry with whom she would like to have a romantic relationship, Sara Ali Khan mentioned Vijay Deverakonda.

Vijay’s response to Sara was to describe her as the “cutest” possible. In a post on one of the social media platforms, he said, “I adore the way you say ‘Deverakonda.'” Cutest. I am thinking of you and offering my love (in the form of a heart emoji).”

Must read: Erika Jayne Was Charged With a $50 Million Lawsuit After Returning From a Lavish Hawaii Vacation!

Vijay will next be seen in the upcoming film Liger, which was directed by Puri Jagannadh. The film will serve as his introduction to the Bollywood industry, and it will star Ananya. It will be produced by Karan Johar.

After enduring a number of setbacks brought on by the epidemic, the movie is finally going to be released on August 25. The movie will be dubbed in several languages, including Hindi, Tamil, Telugu, Kannada, and Malayalam.

Neil Patrick Harris Has a Relationship That Will Last a Lifetime His Love for David Burtka!

Hilary Duff’s Net Worth: How Does She Use Her Finances?