The Owl House Season 3 Confirmed, but With a Huge Catch! 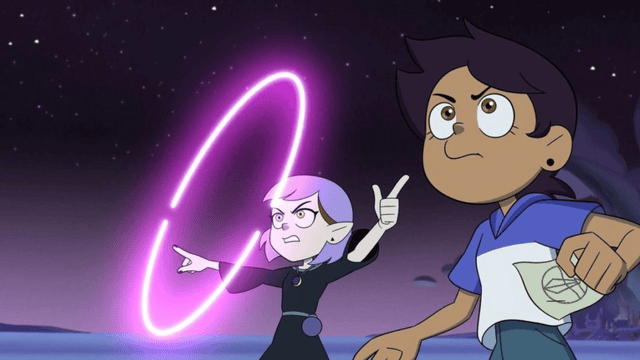 Later on today, “King’s Tide,” the twenty-first episode of the second season of the popular animated Disney series The Owl House, will be released.

Almost immediately after the credits roll, viewers around the world will begin to speculate about the future of this socially significant and vital television program.

The third season of The Owl House is now in production, although it will be the last installment of the series and will not be a full-length season.

Here is all you need to know about The Owl House season 3’s issues, including why the program was cancelled and what you can do to help.

The Owl House Season 3 Confirmed, but With a Huge Catch

Disney ordered season 3 of The Owl House in May 2021, before the second season debuted, which is wonderful news for fans of the show.

The bad news is that season 3 of The Owl House will be the last installment of the series, as it has been cancelled by Disney, and will consist of three 44-minute specials rather than the usual 19–21 episodes.

In a now-deleted message, creator Dana Terrace responded to a fan’s question on Twitter whether season 3 would be the final one. However, we are enthused about our future plans.” Why then was The Owl House cancelled?

Why Was Season 3 of the Owl House Cancelled Early?

Speaking on a Reddit Ask Me Anything, Terrace would elaborate on why she believed Disney + had cancelled The Owl House. The initial inquiry was whether the series had been cancelled due of LGBTQ+ representation.

While we’ve had problems broadcasting in a few nations (and are outright prohibited in others), I’m not going to assume bad faith on the part of the individuals I work with in Los Angeles, said Terrace.

Budget and pandemic-related production were also not grounds for the cancellation, as Terrace noted that she “wasn’t even permitted to make my case.”

The creator would then elaborate on how the budget and ratings at the time of this decision were sufficient to warrant a third season… So what was the true motive? Terrace states that branding.

When Could Season 3 of the Owl House Be Released?

The release date for season 3 of The Owl House on Disney has not been announced as of September; however, we can make some educated guesses based on the production schedule of prior seasons.

The second season was announced in November 2019, with a June 2021 premiere date. Granted, production was substantially disrupted by the ongoing coronavirus pandemic, which required the team to work from home for the second season.

The issue is that the third and final installment will consist of three 44-minute-long specials, as opposed to the regular season length and episode length of previous installments.

I demand the owl house has a full season 3. only three 46 minute episodes is NOT ENOUGH TO FINISH THIS STORY. IT NEEDS MORE

We may therefore anticipate that the amount of time required to construct Season 3 will be reduced by roughly two-thirds. Season 3 of The Owl House is anticipated to launch in the fourth quarter of 2022, all factors considered.

However, with the structure of three special episodes, there is a possibility that these may be televised on a different timetable than a standard three-week broadcast — possibly airing each new episode once a month or, at the other extreme, all three episodes on a single day devoted to the series finale.

Can You Participate to Aid the Owl House?

According to a now-deleted tweet from Terrace, the best thing for fans to do is to inform Disney directly if they want more content in The Owl House season 3.

Many authors have expressed this before, yet the concept remains the same. If you desire additional Owl House, please inform Disney! Observe it on Disney+! Send real letters because, for some reason, they are still read! Have your own House Demon?

At the time of writing, the most popular petition had over 146,000 signatures and was within a handful of signatures of its target of 150,000.

Recommended: The Mandalorian Season 3: How Can I Watch Season 3 of This Series for Free?

The petition explains why Disney doesn’t appear to check direct messages and emails: 1) the enormous volume they get, and 2) the fact that those submitting letters are statistically above 18 and hence able to earn and spend money (such as cable subscriptions or merchandise).

Consequently, they emphasize the significance of sending messages via “snail mail.”

How Did Black Tom Cruise Pass Away? Fans Give a Tribute to This Star on Social Media!

What is the Meaning of Net Worth? Which Elements Affect a High Net Worth?