Who is Dove Cameron Dating: Previous Relationships of Her! 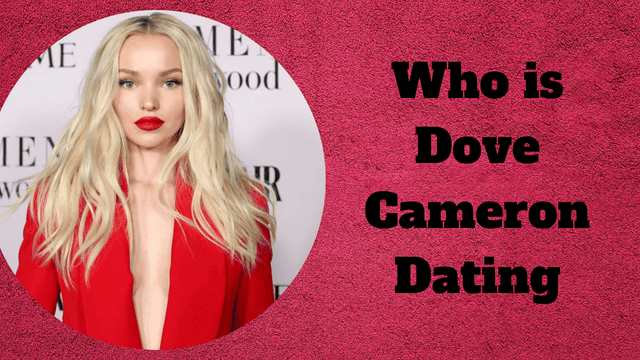 The Disney star confessed to Gay Times in May 2021, “I’ve been ambiguous about my sexuality for years out of fear of coming out to everyone.”

“I went live on Instagram and said, Guys, I had to explain something to you. Maybe I haven’t mentioned it, but I’m extremely gay. This is something I wish to express through my music because it reflects my identity.

Dove explained that she decided to come out because she wanted to find herself. “I was at the end of a very significant chapter in my life and was struggling to focus on myself, so when the relationship ended, I had difficulty reclaiming my power and concentrating on where I was,” the actress explained.

Dove disclosed to PopBuzz in April 2022 that she had a number of relationships in the preceding year that gave her “the ick.” “I recently realized that some people are poor kissers,” Oop! We are desperate to know who she could be referring to.

Cameron told ET she believes that each individual has multiple soulmates. Dove Cameron fans are desperate to know who her current manager is. According to an E! News report, many believe her current boyfriend is musician Alexander 23.

At the very least, they make a convincing couple in the “LazyBaby” music video. In the final scenes, Cameron runs off-set and into his arms. She then bestows a massive kiss on him: Representatives for both artists declined to comment on the issue.

A source told JustJared, however, that the making of the music video sparked a casual relationship. “Alexander was cast as the love interest in Dove’s music video, and they met on set for the first time,” the insider revealed.

Cameron isn’t the type to date casually, based on her dating history. The provocative Descendants actress has had two significant others in her life, both of which lasted long enough to raise the prospect of marriage.

In 2013, Ryan McCartan, the co-star of Liv and Maddie, and Cameron started dating. On social media, the couple appeared picture-perfect and even collaborated on music such as The Girl and The Dreamcatcher.

They announced their engagement on Instagram in April 2016. However, the couple split up in October, and drama followed. McCartan charged Cameron with cheating on him throughout their relationship in a 2020 Instagram story.

Within two weeks, I almost died from food poisoning, my fiancée cheated on me and broke up with me, and Donald Trump was elected president.

In his essay, he said, “I genuinely didn’t think I would be able to get through that part of my life. “The light that emerged from the shadows is what I’m most proud of.

And my capacity to endure and transform my sadness and anger into fruitful life changes and a fresh start. By liking a tweet from a fan that stated, “When a toxic person can no longer control you, they will try to control how others see you,” Cameron subtly retaliated.

Even though the false information will seem unfair, remain calm and confident that others will eventually come to understand the truth. Cameron acknowledged to Seventeen in 2019 that she had presented a very flat picture of their relationship online.

It was both on- and off-screen, and it was my first real relationship ever, she claimed. “I kept a lot of the very lows of what I experienced in that first relationship private.

My partner most definitely convinced me that I needed to keep everything looking perfect at all times, which gave me that impression. People believed that I was sharing a lot, but I hardly ever did.

After the cheating accusation gained notoriety, McCartan attempted to put things to rest. In an Instagram post, he explained to followers that the root of his and Cameron’s “dysfunctional” relationship was their youth and immaturity.

By December 2016, Cameron had switched to Thomas Doherty, a Scottish actor who had previously appeared in Descendants 2. With Cameron residing in the US and Doherty residing in London, the couple maintained a distance relationship.

Because both of them had demanding careers, according to the blonde actress, everything worked out perfectly. “We are a couple. Because everything is just so much more romantic and real when it’s yours, and it’s private, I’m sort of keeping it to myself… we’re keeping it to ourselves, Cameron told People. 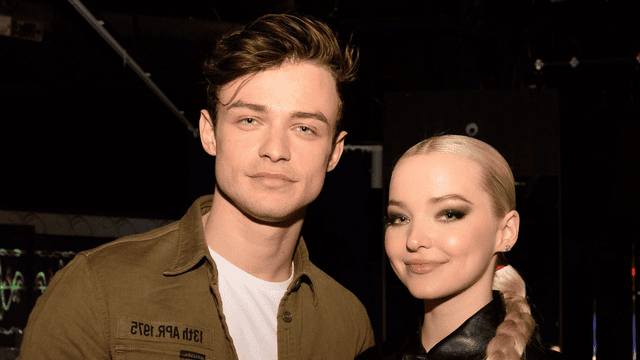 We are keeping our relationship a secret, but we are dating nonetheless. They dated for almost four years before splitting up in December 2020, during the middle of the pandemic.

Cameron announced the news on social media: She admitted that the breakup had a negative impact on her earlier this month. She acknowledged in the ET interview that the fallout from her relationship with Doherty served as the inspiration for her most recent single, “LazyBaby.”

The split messed me up, Cameron admitted. “It was really difficult, and I needed something to get me through the grieving process and to the other side,” she said. The good news is that she and Doherty are still cordial and that he adores the song.

I believe that if you loved someone that much, you would continue to love them that much, she said. He’s one of my all-time favourite people. I don’t believe we could ever be in a bad situation. Even as we were separating.

Who is Aaron Rodgers Dating in 2022? His Past Relationship!